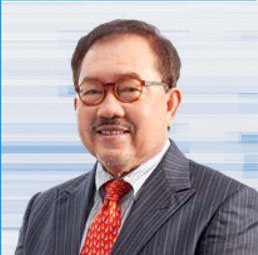 Dato’ Latif obtained the Bachelor of Arts (Hons) degree in International Relations from University Malaya and Master of Science (Marine Law & Policy) degree from University of Wales, United Kingdom. He had also attended the Senior Management Development Program at Harvard Business School. He is a member of Chartered Institute of Logistic and Transport, United Kingdom.

Dato’ Latif started his career in 1975 with the Ministry of Foreign Affairs attached to West Asian Desk. He later joined Malaysian International Shipping Corporation Berhad (“MISC”) as an Executive and was subsequently promoted to Assistant Manager of its Liner Division. From 1982 to 1992, he was with Perbadanan Nasional Shipping Line Berhad (“PNSL”) where he held a number of senior positions and was instrumental in the formation of a number of subsidiaries and joint venture companies which he headed within the PNSL Group. He was the General Manager, Business and Corporate Division of PNSL before joining Mitsui OSK Lines (M) Sdn. Bhd. (“Mitsui OSK”) in 1990 as a founder Director and remained as Chairman of Mitsui OSK after his retirement in 2005.

Presently, Dato’ Latif is the Chairman of Efficient E-Solutions Berhad. 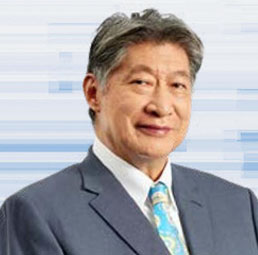 Dato’ Siew has extensive experience in the field of petrochemicals accumulated over more than 30 years in the local and international sectors.

Dato Siew was a very active member of the Young Presidents’ Organisation (“YPO”) from 1993 until 2006. He was Chairman of the Malaysian Chapter of YPO and was Co-Chairman of the first Regional Conference in Kuala Lumpur in 1998. He became a member of the International Board of YPO in 2000 and served until 2003. During his tenure he was Chairman of YPO’s Global Leadership Congress in Beijing in 2003. He was a past President of the Imperial College Alumni of Malaysia (ICAAM), a post he has held from 2008 to 2018. He was also a past Governor of the Board of Governors of Malborough College of Malaysia.

Currently, Dato’ Siew is the Executive Chairman of Ancom Nylex Berhad (“ANB”) (formerly known as Ancom Berhad), the holding company of the Company, and Group Managing Director of Nylex (Malaysia) Berhad, both of which are listed on the Main Market of Bursa Malaysia Securities Berhad. 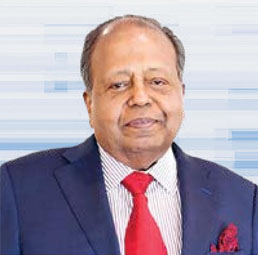 Tan Sri Datuk Dr. Ampikaipakan was appointed to the Board on 24 July 2020.

A graduate from Madras Medical College, India in 1972, Tan Sri Datuk Dr. Ampikaipakan served as a Medical Officer in various government hospitals in Malaysia until 1976. From 1976 to 1978, he was the Medical Registrar at the National Tuberculosis Centre Kuala Lumpur. He then began his post-graduate training at the Brompton Hospital and Royal London Hospital in the United Kingdom (“UK”), returning to Malaysia to serve as a Consultant Respiratory Physician at the National Tuberculosis Centre. In 1981, he began his own practice and in 1986 he joined Pantai Hospital Kuala Lumpur as a Consultant Respiratory Physician, a position he holds until today.

Tan Sri Datuk Dr. Ampikaipakan was made a Fellow of the Royal College of Physicians (FRCP), United Kingdom in 1986. He was also the Founder Secretary and President of the Malaysian Thoracic Society from 1989-1992.

Tan Sri Datuk Dr. Ampikaipakan pioneered the research to document the incidence of Sarcoidosis in Malaysia and presented his findings at the International Sarcoidosis Conference in Paris in 1981.

Tan Sri Datuk Dr. Ampikaipakan is currently one of the Advisors of the International Advisory Council for Clinical Governance at IHH Healthcare Berhad. 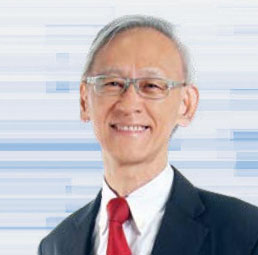 Hock Chye graduated with an LLB (Hons.) degree from the University of London, United Kingdom in 1999.

He started his career in journalism and his last position held at the Star Publications was Deputy Editor. He later joined the Minority Shareholders Watchdog Group as one of its pioneer consultants

He has been the Group Director of Strategic Planning and Corporate Affairs, HELP University Sdn. Bhd. (formerly known as Help International Corporation Berhad) since April 2008 until his retirement in May 2022. At HELP University, he was the Governance Chairman and had lectured on Corporate Governance practices to the public.

Currently, Hock Chye is also a director of ANB, the holding company of the Company which is listed on Bursa Malaysia Securities Berhad. 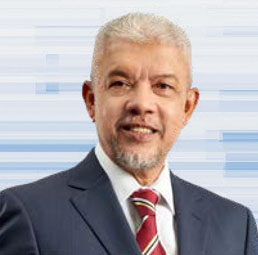 He was appointed as the Chairman of the Audit Committee and a member of the R&N Committee on 23 September 2022.

Datuk Farid has more than 30 years of experience in the oil and gas industry. He started his professional career at PETRONAS, holding various senior management positions in various PETRONAS companies since 1985. He retired from PETRONAS in 2017.

He is currently a Board member of Prasarana Malaysia Berhad and Affin Islamic Bank Berhad.